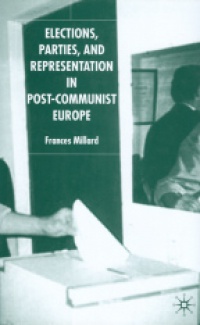 Elections, Parties and Representation in Post-Communist Europe 1990-2002 stresses the ways in which the development of political parties affected the quality of democracy, the nature of political representation, and political accountability in the early stages of post-communist politics. It also analyzes the nature and consequences of the corpus of parliamentary candidates and deputies for the representation of social classes, women and minorities. In contrast with the wide social profile of communist parliaments, politics largely became the playground of new highly educated male elites