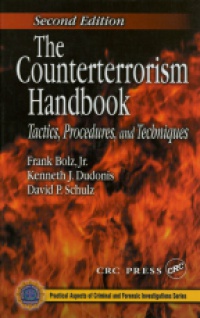 -Explores religious groups and cults and their possible involvement in acts of domestic terrorism
-Updates the listing of terrorist organizations
-Addresses bio/chemical terrorism as well as low intensity warfare and the possibility of low intensity nuclear terrorism
-Covers in great detail the World Trade Center bombing of 1993
-Expands section on kidnapping including the investigatory functions of the federal and local government and the private security sector
-Assesses the Hostage Incident at Waco, the ATF's initial actions, and the FBI's responses and failures
-Covers the Oklahoma City bombing with regard to the response of the local government, federal government, and private sector
-Includes a foreword by Robert Kupperman, formerly Chief Scientist for the State Department, who has written extensively on chemical warfare

The only way to deal effectively with terrorism is to have a thorough understanding of its present-day characteristics. Who is involved and what weapons and tactics are they likely to use? The players on the counterterrorism team need to take stock of what is in their tool kits; what works and what doesn't work; and what new capabilities need to be developed in order to face not only today's terrorist, but tomorrow's as well.

The Counterterrorism Handbook: Tactics, Procedures, and Techniques lays out a comprehensive strategy of how to deal with an entire range of possible terrorist incidents in a language friendly to first responders, policymakers, and security personnel. It covers everything from bombings and hostage-taking, to nuclear terrorism and what needs to be done before, during, and after an event.

The authors each bring to the table unique insights and real-world experiences based on years in the counterterrorism field. Their hands-on knowledge of the topic infuse the book with a down-to-earth practicality often missing from other counterterrorism studies. The Counterterrorism Handbook: Tactics, Procedures, and Techniques is a must-read for anyone who may have to cope with a serious terrorist attack.