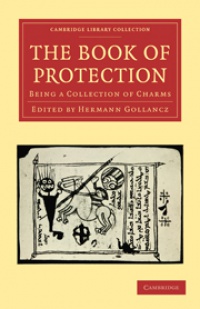 The Book of Protection

Being a Collection of Charms
Gollancz

Přidat do wishlistu
Zpět Tisknout
Koupit
Sir Hermann Gollancz (1852–1930) was an English rabbi, scholar and public figure whose distinguished career led to his becoming the first rabbi to receive a knighthood. Gollancz was Professor of Hebrew at University College London from 1902 to 1924 and published extensively on Jewish history as well as translating many Hebrew and Aramaic texts. This 1912 volume contains editions, with translations and notes, of three Syriac manuscripts (two from Gollancz' personal library and a third from Cambridge University Library) containing a collection of Eastern Christian charms and incantations. They range from antidotes to headaches, colic and 'teeth chattering' to prayers for controlling mad dogs, unruly cows and 'the gun of warriors', as well as for warding off the evil eye. They begin with the Trinitarian formula and often invoke specific biblical stories to add force. Illustrations from Codex A (dated to 1802 and from Turkish Kurdistan) are also included.