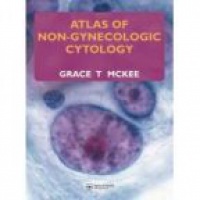 Cytology is the first step in tissue diagnosis, as well as in monitoring disease recurrence. This atlas, from an acknowledged expert in the field, examines both normal and pathological processes, with a wealth of common and uncommon cytologic variations. Moreover, as most cytologic diagnoses are arrived at by close examination of nuclear detail, rather than by low-power patterns, many of the images featured here have been photographed under high magnification. A companion to the author's previous "Atlas of Gynecologic Cytology", this volume covers the other, non-gynecologic, cytology specimens obtained in routine practice. Although it is principally intended for use as a bench book for cytopathologists, cytotechnologists and residents in pathology, it will also appeal to clinicians in oncology, since it illustrates the types of lesions that can confidently be diagnosed with cytology samples.