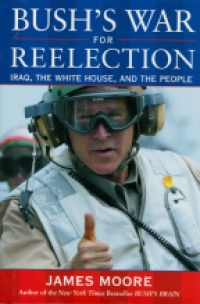 A news-breaking exposé of the Bush administration's rush to war, from the coauthor of the New York Times bestseller Bush's Brain In this exclusive behind-the-scenes account, veteran journalist James Moore reveals how the overthrow of Saddam Hussein was a key goal of the Bush administration from the very beginning-and a critical component of the president's reelection strategy. Drawing on high-level sources inside the administration and the military, Moore weaves together a multifaceted narrative that probes the political underpinnings of the administration's push for an Iraq war, exposes efforts during the war (and after) to manipulate perceptions of U.S. military success, and contrasts it all to the ultimate price paid by soldiers duped into believing they were fighting for a just cause, not for political gain. Moore takes us inside strategy meetings at the White House and the Pentagon, revealing the political calculus behind critical military decisions. He examines the administration's unprecedented efforts to control an d withhold information, including in-depth discussions with Joseph C. Wilson, husband of Valerie Plame, the CIA operative allegedly exposed by Karl Rove. Moore also gives us an uncensored view of combat in Iraq, reporting opinions of a senior Air Force source and troops on the ground; he shows how the war's first American casualty actually died, and reveals what really happened to Jessica Lynch's unit. Finally, Moore uncovers what might be in store if Bush wins reelection: the use of Iraq as a forward base in the fight against terrorism, and where the war may go next. Publishing at the height of the presidential election season next spring, Bush's War for Reelection is sure to be one of the most talked about books of the year.