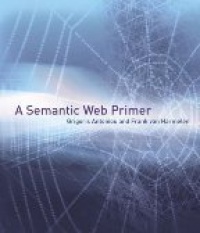 The development of the Semantic Web, with machine-readable content, has the potential to revolutionise the World Wide Web and its use. A Semantic Web Primer provides an introduction and guide to this emerging field, describing its key ideas, languages and technologies. Suitable for use as a textbook or for self-study by professionals, it concentrates on undergraduate-level fundamental concepts and techniques that will enable readers to proceed with building applications on their own. It includes exercises, project descriptions and annotated references to relevant online materials. A Semantic Web Primer is the only available book on the Semantic Web to include a systematic treatment of the different languages (XML, RDF, OWL and rules) and technologies (explicit metadata, ontologies and logic and interference) that are central to Semantic Web development. The book also examines such crucial related topics as ontology engineering and application scenarios. After an introductory chapter, topics covered in succeeding chapters include XML and related technologies that support semantic interoperability; RDF and RDF Schema, the standard data model for machine-processable semantics; and OWL, the W3C-approved standard for a Web ontology language more extensive than RDF Schema; rules, both monotonic and nonmonotonic, in the framework of the Semantic Web; selected application domains and how the Semantic Web would benefit them; the development of ontology-based systems; and current debates on key issues and predictions for the future.