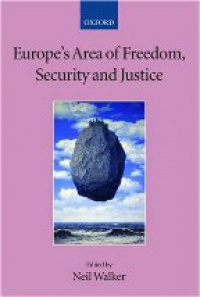 Přidat do wishlistu
Zpět Tisknout Pošli poptávku
This collection brings together leading specialists in the areas of European Union law which are now organized under the Area of Freedom, Security and Justice (AFSJ). The concept of the AFSJ was introduced into the EU Treaty framework by the Treaty of Amsterdam in 1997, and it incorporates migration law, family reunion law, asylum law, police cooperation, and cooperation in criminal law. Each of these areas of law is the subject of an in-depth examination in a separate chapter of this book. The early years of the AFSJ, building upon a substantial body of law already in place under the Treaty of Maastricht and various intergovernmental arrangements, have witnessed a rapid expansion in legislative and executive activity in the field of European internal security. In migration law, family reunion law, asylum law, police co-operation, and co-operation in criminal law, the scale and intensity of action at the supranational level is already such as to overturn longstanding assumptions about the priority of national law in matters of migration control and criminal justice. An introductory chapter examines the various policy strands covered by the AFSJ; investigates what, if anything, can be viewed as its distinctive legal underpinning; and discusses its possible future development in the light of current discussions over the adoption of a first documentary Constitution for the European Union. In addition to setting out the main contours of legal policy, each chapter examines the continuing tension between national sovereignty on the one hand and a growing commitment to collective, EU-wide action on the other. The volume also addresses the wider constitutional implications of a growing supranational capacity in questions of the priority of political values in the evolving EU; fundamental rights protection; the control of new forms of executive and administrative discretion; and the pressures of accommodating the ten new Enlargement states within the internal security field.